If your WiFi router is not properly providing your entire home or office with WiFi service, then the proper thing to do, is to get a WiFi range extender. A WiFi range extender can expand your wireless network’s range by an average of 300 feet (92 meters) outdoors, but not all WiFi signals are created equal. Different WiFi range extenders offer different network capabilities and may also differ from one another in some aspects, due to their design. This review is designed to help you in choosing the best WiFi range extender that will fit your networking needs and personal situation.

This is the range of which the device has to boost your WiFi signals. Most devices will have a maximum range of about 300 feet (92 meters), but you can also see devices with ranges up to 450 feet (137 meters).

Most data transfers should be great with 10Mbps speeds, although video streaming is much more demanding. Most devices offer speeds above 100Mbps anyway, with top speeds of up to 1.9Gbps (1900Mbps).

Some WiFi range extenders will offer a physical Ethernet port in addition to boosting your WiFi signals. Such a feature comes in handy at times.

Older WiFi equipment worked on the 2.4GHz band only, while newer ones can also handle 5GHz frequencies. 2.4GHz signals usually travel farther than 5GHz signals, but they are facing increasing interference from baby monitors, Bluetooth devices and many other wireless devices. The ability to support dual band is a plus, because of the increase in speed, as well as less interferences on the 5GHz channel. In addition, devices can also support up to three different data streams per band, and the more data streams per band that a device supports, the better.

The ease of setting up the device is also important. More user friendly devices should be more valued.

The NETGEAR AC1900 is a WiFi device in a class of its own. It runs on the IEEE 802.11ac standard, and delivers up to 1.9 Gbps of WiFi connectivity. Such a high speed is managed by a 1GHz dual core processor. In addition to WiFi, the AC1900 also features 5 Ethernet ports with up to 5Gbps speed for connecting your household devices from computers to video players and smart TVs. You can also use it either as a WiFi extender for your existing WiFi infrastructure, or you could turn it into a WiFi Access Point, in which case you will have to provide Internet access through Ethernet.

In position #9 is this 300Mbps WiFi range extender from Beverly. It features two external antennas and runs on the 2.4GHz band. It offers WPA-PSK and WPA2-PSK encryption methods for security. On the housing are a simple reset button, three LED indicators and an Ethernet port. The antennas of the Beverly US302 feature a high gain array, which improves its reliance and performance by up to 50% better than conventional antennas.

The TP-Link 855RE is with $17 the cheapest WiFi range extender in this list. It works in both range extender and Access Point mode and can be easily switched to a range extender mode with the press of a button. Its maximum speed is 300 Mbps and it features an LED indicator system to show signal strength, with a green for ‘Good Connection’ and an orange color for ‘Bad Connection’. It comes with a 2 year warranty and is the 8th ranking WiFi extender in this 2017 review.

The WA860RE features almost the same specifications as the previous device in position #8, except that it features a pass-through outlet, which keeps your power outlet free, as well as some other minor features. With 300 Mbps top speed, it features two external antennas and LED indicators for signal strength. Although quite basic in functionality, it still comes with a 2 year manufacturer’s warranty as well.

This WiFi extender from Linksys has everything you need to not only extend your wireless network’s reach, but to also attach other wired devices through its four Ethernet ports and enjoy yourself. The four Gigabit Ethernet ports offer wired connection speeds of up to 10 times faster than traditional Ethernet ports. It even has an audio jack for connecting speakers and enjoying streaming music, and it supports WEP, WPA and WPA2 encryptions for security.

This Linksys system takes a different approach to network extension than the other devices in this review. First of all, there are two devices here. The first plugs into your power outlet and connects through Ethernet to a router. The second one can now be plugged into your power outlet from any other part of the house. Press a single button, and the two devices will connect through your power-line in a wired mode. The second device will now also offer WiFi connections, and transport the signals through your power cable. You can add more of the second, WiFi devices anywhere you like and just press the button to connect.

The NETGEAR N300 is ideal for easily extending your WiFi coverage without stress. It simply plugs into a wall plug and installation is simple and quick. It features external antennas for better WiFi coverage, and delivers the standard N300 speed of 300 Mbps. It also offers an Ethernet port for connecting wired devices, and uses a smart LED system to identify the best position for optimal coverage.

In position #3 is the Reibadu range extender with up to 750 Mbps transfer rate. It offers a simple installation system which does not even require a CD. It is dual band, featuring both the 2.4 GHz and the 5 GHz channel, and it also has an Ethernet port for connecting wired devices. Moreover, it’s currently being offered at a 36% discount.

TP-Links AC1900 with 1,900 Mbps network speed provides a secure, reliable and stable connection to multiple users. You can stream videos, play games, and browse the web comfortably without any bandwidth bottlenecks. It is universally compatible and will extend your WiFi coverage up to an area of 10,000 square feet (929 square meters). It also comes with 5 Ethernet ports for connecting your smart TV, game consoles and other wired devices. It can be managed via a smartphone App for Android or iOS, and it comes with a 2 year manufacturer’s warranty.

Securifi’s Almond is a revolutionary product that stands out on its own and takes WiFi routers and range extenders to a new level. It does not require a computer for setup, you can either use it as your router or as a range extender or an Access point. It features a revolutionary color touchscreen, which aids in setup and in managing the device. It can even be paired with Amazon’s Alexa for complete voice control of your networking, plus it has a smartphone App that offers extensive management functions for it. It is beautiful, it is simple, it is efficient, it is revolutionary, and it is our number #1 WiFi range extender.

Securifi’s Almond is simply the best WiFi extender you can get in 2022. You may still just want the cheapest solution, and in that case, the TP-Link in number #8 would be it, or you may want extreme speed and lots of Ethernet ports, then the TP-Link in position #2 would be it. Apart from that, the Securifi Almond remains our number #1 recommendation as the best WiFi range extender in 2022. 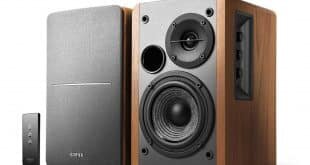 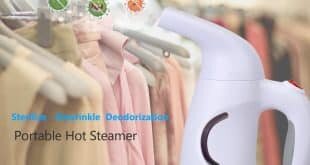 Pressure cooking is a fast, healthy and energy saving method of cooking, and when you’ve …